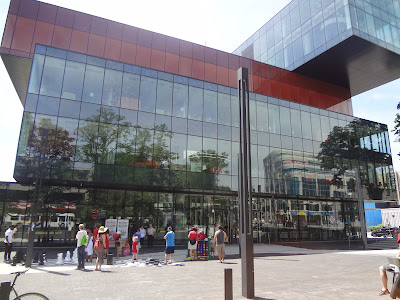 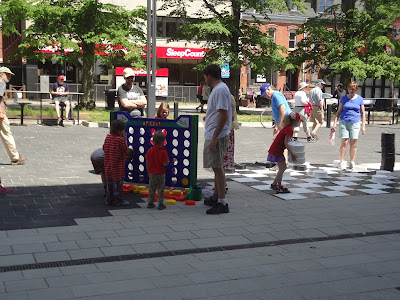 Wednesday was Canada Day. It was the day I was most looking forward to on this trip. I love celebrating Canada Day in downtown Halifax. In the morning we went down for the parade where we also met up again with my brother’s family. After the parade we walked to the new central library but it was unfortunately closed for the holiday. They had some giant board games set up outside of it to play. We decided to leave my brother’s family and went up to the Citadel Hill in search of some Canada Day cake. While we did find it, the line was longer than we planned on and decided to just walk around the fortress instead. 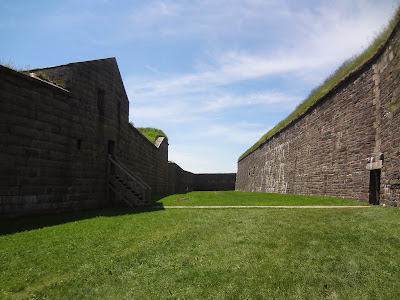 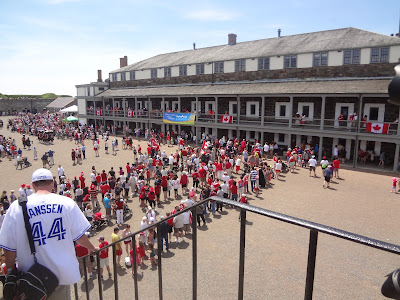 By the time we were done at the Citadel, we were starving so we walked downtown and found a balcony to sit on for lunch. After lunch we went to the Farmer’s Market and found some desert. We checked out the ECL store that just opened up but didn’t find anything to buy. We continued on to Pier 21 which was also free that day. After walking through the museum we headed for the boardwalk. While walking along the waterfront it started to rain so we rain into Historic Properties and looked at the shops there hoping the rain would stop. It didn’t seem to be stopping so we continued outside to the Freak Lunchbox and then up Spring Garden Road trying to decide if it was worth staying downtown for the fireworks. We walked up to the Public Gardens and found shelter on a bench under a tree where I tried to find information on if the fireworks were going to be cancelled or not. I could not find what I was looking for, but based on the weather, we decided they would be and got on the bus to come home. 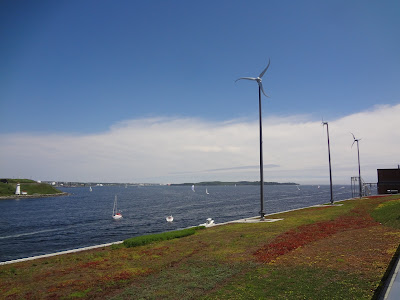 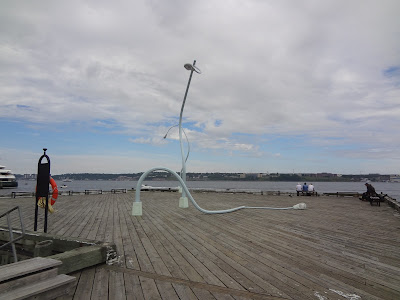 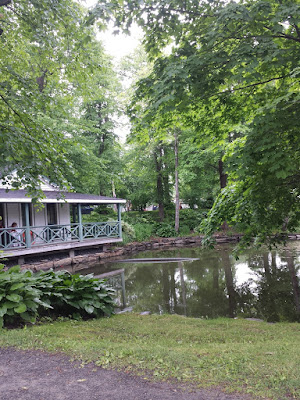 We decided we were instead going to check out the fireworks that were walking distance from my parents house. We though they were supposed to be set off around 10pm so the parents, my boyfriend, and I left the house around 9:20 and started walking. About 10 minutes into our walk we started hearing the fireworks being set off. So we missed them which was disappointing. But we got a good walk out of it. It was a really pleasant night. 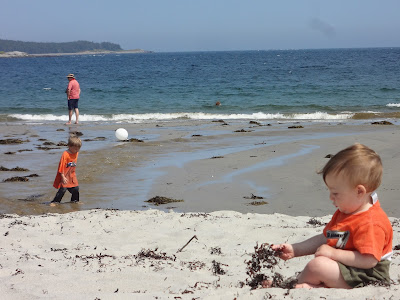 On Thursday we went to Blandford to stay in the house that belonged to my other grandparents when they were alive. We spent a few hours at Baywater beach where we all got burnt for not wearing sunscreen. In the evening my brother, boyfriend, and I went fishing and caught about 50 fish in less than an hour. That night we had a camp fire and roasted donuts and hotdogs. My cousin who lives in the area came over for a short visit while we set off some fireworks. 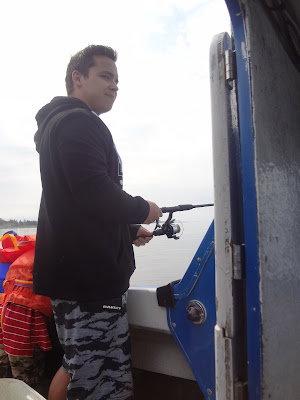 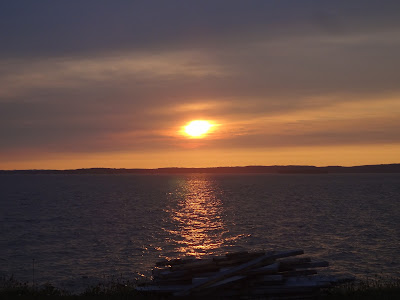 FRIDAY
Friday morning we went out to try and catch some more fish but were not as successful. We came back for lunch and sat around playing with my nephews. In the afternoon we all took a drive to Mahone Bay where we eventually left my brother and his family to drive back home. We had to get up early for our flight back to Alberta the next morning. 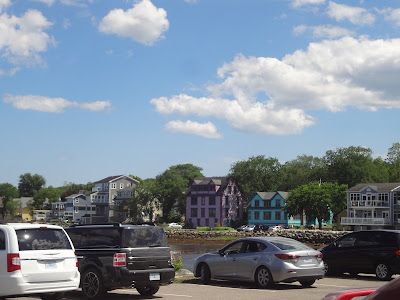 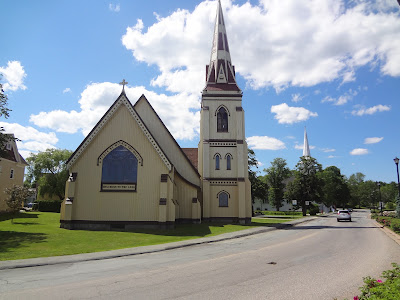 To view more videos and pictures from my trip, click here.