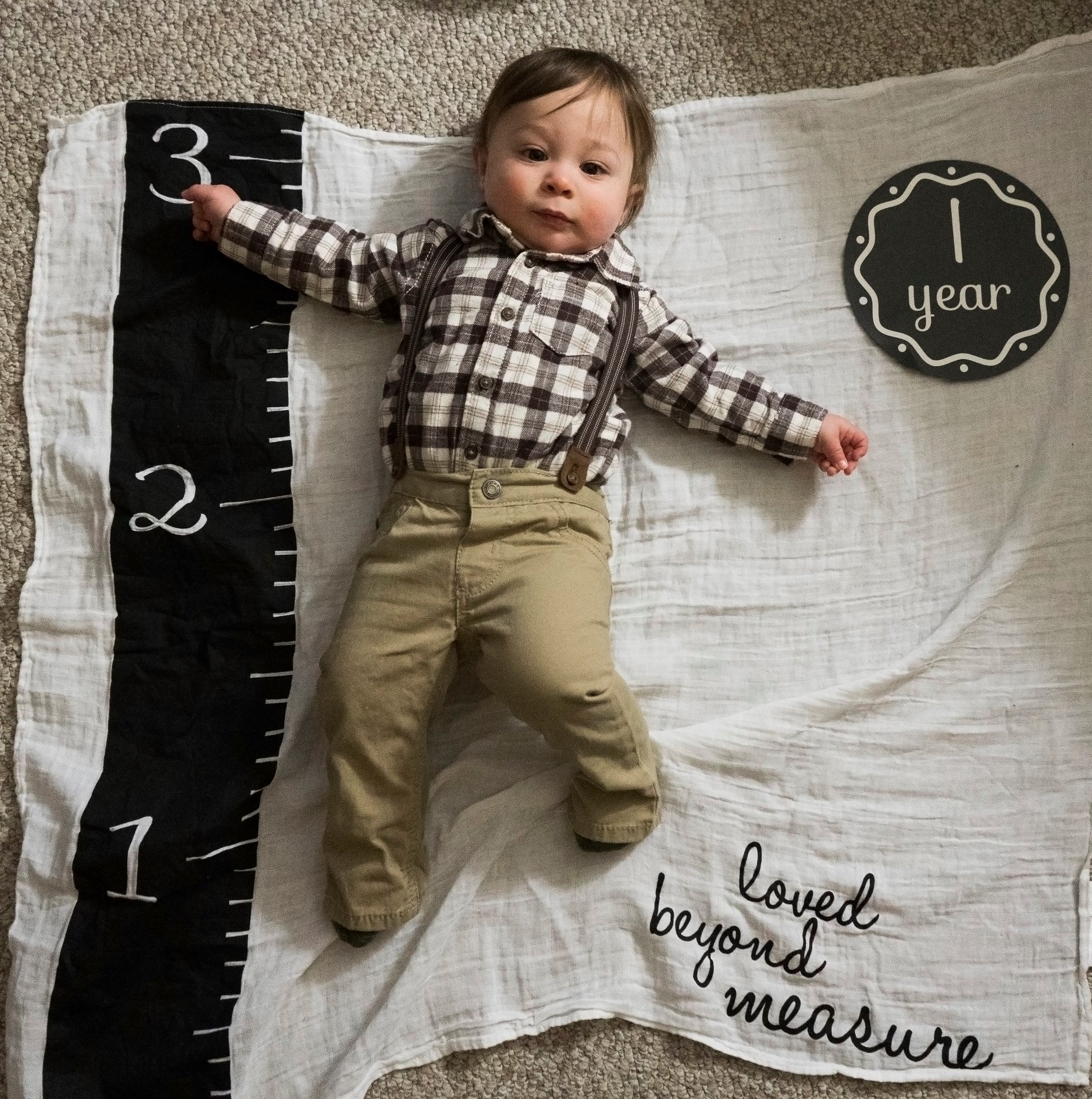 It has been one year since I became a mom. I love tracking my finances and before I had my son I made a budget of what I thought it would cost to have a baby. He cost a bit more than expected haha.

I had planned to spend about $150 CAD a month on baby supplies. In reality it was more like $300-400 a month. The spending actually started before he was born.

When I was pregnant I spent a lot of money on maternity clothes. I would have bought my maternity clothes secondhand but I hope to be pregnant again someday so I chose to buy new. In total for pregnancy clothes (including a winter coat because I couldn’t fit into my regular one near the end) I spent around $675!

I also bought things to keep myself comfortable during pregnancy (like a pregnancy pillow which I hated) and supplies to make padsicles (which I never used). I probably spent about $150-200 on those items.

I bought random odds and ends which I really didn’t need like blocks to countdown to the due date and count up how old he is, baby books, announcement cards, etc. I probably spent about $120 on those items.

Every baby needs furniture. We tried to keep costs down. We decided not to buy a crib or really have a nursery at all. Our son sleeps in a pack and play which was gifted to us by family. We did buy a few items:

Once baby was here I planned on breastfeeding which you may have read didn’t go so well. So the following items were only used for about a month. Hopefully they will be useful in the future because they were not cheap!

Babies also need clothing. Thankfully we were given a lot of clothes from his grandparents and aunt so our cost for clothes is a lot lower than it would have been. This year for clothes (which includes snowsuits and sleep sacks) was $600.

We were also gifted a lot of toys so we tried not to spent too much on this category. This year I expect to be a challenge because I will be back at work, and I work in a toy store. I know I’m going to want to buy every new thing that comes in haha. Anyway, on toys during Elliott’s first year we spent around $200.

So let’s summarize all that information so it’s easier to see:

This year’s budget for baby related items is $300 a month, based off of last year. Let’s see if we can stay within that amount. It will be a little harder to track, at least for food because he should be off formula and eating the same food as we are.

I will also mention that our food budget was way over what I had planned too due to eating out more often. I budgeted $500 a month on food but it was closer to $600 each month. I only see that getting worse as I go back to work since we won’t have as much time to cook.