The leaves are falling.

We had a smokey sunset tonight. #forestfires #smo

I had fun taking Elliott on his first camping trip

I had fun taking Elliott on his first campig trip! @ Banff, Alberta https://www.instagram.com/p/CSacV8rnZKk/?utm_medium=twitter 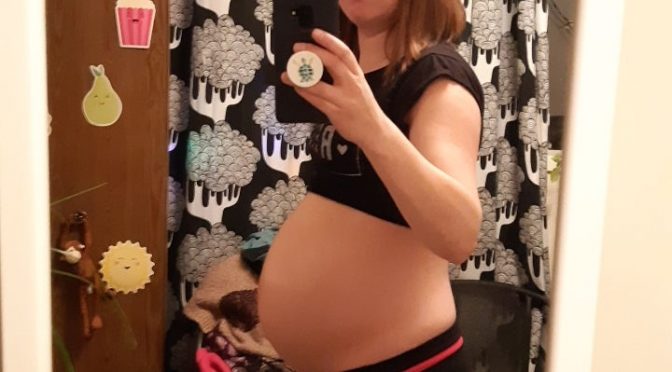 Yesterday I became 34 weeks pregnant. I had another ultrasound done. The ultrasound lady was pretty rough, pushing really hard on my body. The ultrasound pictures are getting harder to make out as I get further along in my pregnancy, which she said is normal. She took some measurements of the baby, checked the amount of amniotic fluid, and checked that the umbilical cord was still functioning well.

Today I had a doctor appointment to go over the results of the ultrasound. He said things look good. There is plenty of fluid and nothing wrong with the umbilical cord. But the baby is measuring small. He said that he has gone from the 34th percentile down to the 15th percentile. He wasn’t overly concerned since I’m small myself, but they want me to have another ultrasound in two weeks. If he still isn’t growing the way they want him to, we will be discussing having him come out sooner than later.

He also wants me to keep an eye on how much he is moving. During his most active times of the day, he should be moving at least 6 times in 2 hours. I was already aware of this and have been keeping an eye on it. He is still moving throughout the day so I’m not really worried right now. But if he’s not reaching those targets, the doctor said to make sure I go into the hospital to have them monitor the baby.