Growing up I played a lot of mini golf. Every summer on our family camping trips, if Mom saw a mini golf sign, she would make Dad pull over. I’m kind of the same way now. I like to try different mini golfs when I see them. One that I noticed moved in a couple years ago was Monster Mini Golf, but I never found the time to try it out. It was a place that I had wanted to take my boyfriend on one of our first dates but didn’t. So we figured our anniversary would be a good time to try it out.

I loved the monsters they have set up inside. It was the first mini golf I’ve been to where there are moving characters. Some of the monsters would talk, others would move around or stir their brew. They also had a live DJ, and at one point in the game a “mad scientist” came over to ask us a trivia question. Upon answering, they gave us some arcade tickets as a reward.

This would be a really cool place to have a Halloween party. You could get some really cool photos and if everyone was dressed up in costume, they could really blend in with the scenes. 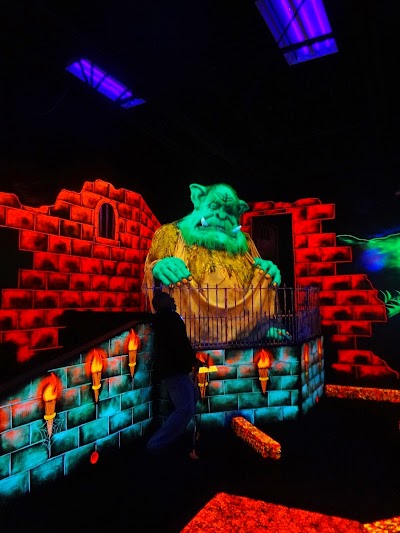 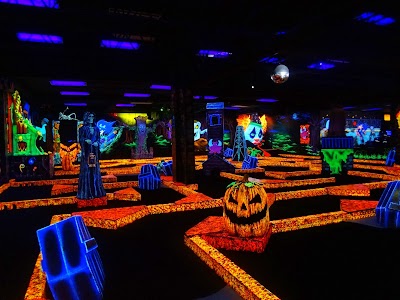